Canada's electronic spy agency sifts through millions of videos and documents downloaded online every day by people around the world, as part of a sweeping bid to find extremist plots and suspects, CBC News has learned.

Details of the Communications Security Establishment project dubbed "Levitation" are revealed in a document obtained by U.S. whistleblower Edward Snowden and recently released to CBC News. 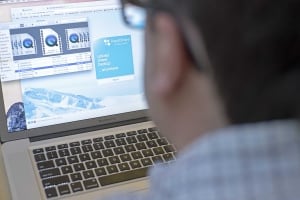 Under Levitation, analysts with the electronic eavesdropping service can access information on about 10 to 15 million uploads and downloads of files from free websites each day, the document says.

"Every single thing that you do — in this case uploading/downloading files to these sites — that act is being archived, collected and analyzed," says Ron Deibert, director of the University of Toronto-based internet security think-tank Citizen Lab, who reviewed the document.

In the document, a PowerPoint presentation written in 2012, the CSE analyst who wrote it jokes about being overloaded with innocuous files such as episodes of the musical TV series Glee in their hunt for terrorists.

CBC analyzed the document in collaboration with the U.S. news website The Intercept, which obtained it from Snowden.

The presentation provides a rare glimpse into Canada's cyber-sleuthing capabilities and its use of its spy partners' immense databases to track the online traffic of millions of people around the world, including Canadians.

That glimpse may be of even greater interest now that the Harper government plans to introduce new legislation increasing the powers of Canada's security agencies.

Though Canada’s always been described as a junior partner in the Five Eyes spying partnership, which includes the U.S., Britain, New Zealand and Australia, this document shows it led the way in developing this new extremist-tracking tool.

"It's really the first time that a story has been reported that involves [CSE] as the lead agency in a program of pure mass surveillance," said Glenn Greenwald, a constitutional lawyer and journalist with The Intercept, and who has been instrumental in bringing Snowden's information to public attention.

Canada's electronic surveillance service said it cannot comment on the specific program, but added that some of its metadata analysis is designed to identify foreign terrorists who use the internet for activities threatening the security of Canada and Canadians