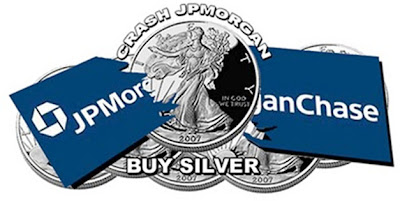 Turban wearing cavemen were never what the "War on Terror" was about.

Many have said in the wake of 9/11 that the "War on Terror" was only temporarily reserved for the "Muslim extremists" but would soon include any nationality, religion, or demographic that stood in the way of the globalists' megalomaniacal designs. As we develop our knowledge of the real world around us, we begin to understand the key to real freedom - self-sufficiency and independence on a personal and local level. Realizing that real freedom also stands in the way of the globalists' designs, it was only inevitable that any attempt to become independent of their burgeoning world-spanning empire, would "make the list" of terroristic activities as well.

While it is easy to understand a narrative of terrorism that includes bomb-vest wearing foreigners infiltrating our cities and killing people on their way to work, it becomes increasingly difficult to understand as the definition of terrorism is shifted toward you and me. Recently, Zero Hedge reported on the FBI's conviction of Bernard von NotHaus, an American who was minting his own money. This was not counterfeited US currency, rather it was a private, competing currency backed with precious metals.

“Attempts to undermine the legitimate currency of this country are simply a unique form of domestic terrorism,” U.S. Attorney Tompkins said in announcing the verdict. “While these forms of anti-government activities do not involve violence, they are every bit as insidious and represent a clear and present danger to the economic stability of this country,” she added. “We are determined to meet these threats through infiltration, disruption, and dismantling of organizations which seek to challenge the legitimacy of our democratic form of government.”

However, the Federal Reserve note is not legitimate currency in any shape, form or way, legally, economically, or ideologically. The US Constitution has solely given Congress the duty to issue our nation's currency and set its value (Article 1 Section 8). This is not a duty the Congress can pawn off onto the Federal Reserve - a cartel of private banks. But just as US policy is now being created and purveyed by corporate think-tanks instead of our legislative branch, our monetary policy is being created and purveyed by private banks, not our Congress.

The threat von NotHaus posed was not to the US economy, nor the US Constitution, but rather to the corporations that have hijacked and monopolized them. By offering Americans an alternative to the private banking cartel's collapsing fiat currency, von NotHaus gave us an opportunity to entirely replace this corrupt system, become independent once again as a nation and restore the US Constitution.

To help explain why we are terrorists for resisting receivership under crony-corporate fascism, there is News Corporation's Glenn Beck. News Corporation itself is a member of the corporate-financier run Council on Foreign Relations, with Fox News' Rupert Murdoch holding an individual membership as well.

Glenn Beck has recently sided with US Attorney Tompkins' decision, calling Bernard von NotHaus "misguided" and that what von NotHaus was doing was "illegal." Beck goes on to say that von NotHaus' idea of using sound currency based on tangible assets is "not the answer."

Beck then uses the zero tolerance exhibited by the Department of Justice as a call to action against SEIU's Steve Lerner who allegedly wants to usher in financial crisis by collapsing JP Morgan. If anyone is guilty of inciting economic terrorism, Glenn Beck postulates, it would be Steve Lerner.

Beck lays out how SEIU thugs, who he claims work for Obama, are going to take
down JP Morgan and the "American economy." Beck fails to mention that by
"American economy" he means the banking oligarchy that has entirely hijacked
it, and whose henchmen run Obama's administration from top to bottom.

A partial look at the mountain of lost humanity that constitutes Obama's administration reveals that corporate interests are well represented, with a disproportional amount of financiers involved in "advising" Obama. If ever there was a team poised to stop the financial terrorism Obama's SEIU thugs are about to unleash, it would be Obama's administration itself.

It is unclear why Beck is peddling such a poorly dressed conspiracy theory. One possible explanation is that the global corporate-financier oligarchy realizes its weak spot and is conjuring up the appropriate bogeymen to justify a robust effort to defend it. Beck's narrative holds up the SEIU, a bogeyman Beck has meticulously built up over the years, as a group for his impressionable audience to relate all anti-Wall Street activists with.

Max Keiser breaks down his "Crash JP Morgan, Buy Silver" campaign.
Lerner's rhetoric sounds strikingly similar to Keiser's call to crash JP.
One man, who is most assuredly not an SEIU member is finance pundit Max Keiser. Kesier has been leading a campaign named "Crash JP Morgan Buy Silver," which aims at encouraging people worldwide to buy physically delivered silver to put JP Morgan out of business. JP Morgan has been issuing paper certificates representing silver they do not own (counterfeiting). Should people around the world (and they are) heed Keiser's call and force firms like JP Morgan to deliver silver they do not hold, they will "crash."

Due to the amount of criminally procured wealth, power, and influence JP Morgan has accumulated over the decades (through activities like counterfeiting silver certificates), its "crashing" would undoubtedly threaten the stability of the global Ponzi-economy. However, JP Morgan is but a member of the global corporate-financier oligarchy whose unsustainable megalomaniacal pursuits have already threatened the stability of the real global economy.

Collapsing JP Morgan in this manner, while simultaneously collecting silver, sets a precedence of systematically dismantling and replacing all corporations accumulating and wielding unwarranted influence. Considering that these corporations literally wage war in countries like Iraq, Afghanistan, and now Libya to obtain and protect their interests, they undoubtedly have a plan to ward off men like Max Keiser, or Bernard von NotHaus who has already been labeled a domestic terrorist by the FBI and faces 15 years in prison.

By labeling men like von NotHaus a terrorist, the prospect of shifting the poorly justified American police-state toward activists challenging corporate interests becomes an alarming possibility. Indeed, should von NotHaus end up in jail, it will become an alarming reality. By associating men like von NotHaus or Keiser with ready-made villains like the SEIU, it makes it easier for the general public to accept such crackdowns. The answer though, is not to be cowed into falling in line, but to become more aggressive in heeding the calls of boycotts and activism like Keiser's "Crash JP Morgan, Buy Silver" campaign.

The veneer of invincibility has already been peeled back in another challenge to corporate dominion, this time in the world of media. Alternative media and peer-to-peer file sharing have in tandem peeled away massive segments of the corporate media's audience and profits. The countermeasures of litigation, intrusive regulations, and lobbying employed have not only categorically failed, but have actually awakened many to the true nature of these bloated, antiquated money men.

Backlashes against GMO giants like Cargill and Monsanto with the concurrent rise of organic farming and farmers' markets have also proven these corporations are but paper tigers in the face of informed and determined populations who are not only prepared to fight back, but have taken steps to entirely replace them as well.

For any problem there are two paths. One involves policy, namely regulations and laws. Another involves innovation and technical solutions.

Our prehistoric ancestors when faced with the adversity of starvation didn't resort to policy, such as rationing or population control, but instead picked up a stick, sharpened it, and embarked on hunts of animals our physiology was otherwise incapable of bringing down. Innovation not only allowed us to survive, but to flourish. We built better spears, we devised bows and arrows, we developed agricultural technology, and when our populations swelled due to our ability to prevail against natural odds, we explored and settled new climbs and places. 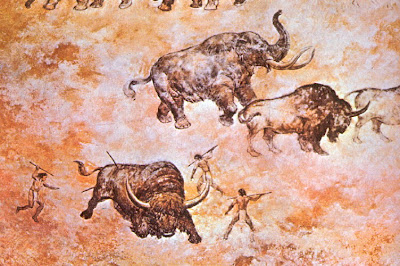 Early man didn't solve his problems with policy, he solved them
with innovation, tools (technology), & ingenuity. Instead of rationing
food and implementing population control, these men created
spears and hunted down otherwise unapproachable prey.

Innovation and technology has allowed us to create the current society we now live in. Technology has reached a point where it allows individuals and communities to do ever more on their own without the need of bloated central governments and world spanning corporate empires. If left unchecked, governments and corporations will begin to shrink in size and capacity, playing an ever minimizing role in our daily lives.

This trend toward technologically facilitated localism translates into an unsavory world order for the ruling global corporate-financier oligarchs, a world order they are fighting ceaselessly to prevent from coming into being. They fight this battle by monopolizing ideas, information, energy, technology, and the monetary system, in tandem with the systematic sabotaging of our education system, constant intellectual pollution via mainstream media, and the devastating physical and mental effects of the food and pharmaceutical industries. Much of this is justified through a Malthusian-themed strategy of tension involving narratives of overpopulation and resource scarcity.

It becomes clear that geopolitical domination facilitated by the very fake "War on Terror" is only one step in a larger plan. As the globalists fight on to destroy the nation-state worldwide, they fight domestically to destroy self-sufficiency and independence. Just as foreign nations become terrorist extremists for resisting the oligarchs globally, we are becoming domestic and economic terrorists for resisting them on the home front.

For more information on alternative economics, getting self-sufficient and moving on without the parasitic, incompetent, criminal globalist oligarchs: