"It is a test that the international community has to pass. Failure would shake further the faith of the people's region in the emerging international order and the primacy of international law." 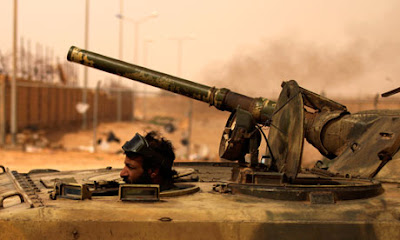 What started out, supposedly, as spontaneous, simultaneous uprisings across the Middle East, has transformed clearly into an aggressive Western-backed blitzkrieg of destabilization and regime change. This was a plan that was years in the making, talked about in 2007 by then, presidential hopeful, CFR member, and International Crisis Group trustee Wesley Clark.


As hard as our "leadership" tries to act surprised, the current
Middle Eastern conflagration has been years in the making.

We now know that the protesters from Tunisia to Egypt had been trained by US created and funded CANVAS of Serbia. We have learned that the US State Department openly admits to providing funding to tech firms to assist protesters across the Middle East and Northern Africa to circumvent cyber-security inside target nations. Perhaps most alarming of all, we now know that the US State Department is also funding corporations like BBC to undermine the governments of China and Iran, revealing the full-scope of their ambitions.

The "international community" that feckless stooges like Joe Lieberman talk about, or his French equal in impotency, Nicolas Sarkozy's "new post-UNSC 1973 model of world governance" are concepts not born of these "elected representatives," but rather the product of the corporate think-tanks that hand them their talking points. It is the corporate-financier oligarchy that constitutes the "international community" and who aspires to rule through "world governance." Their goal is to eliminate national sovereignty and assert their agenda and the laws & regulations to achieve it homogeneously across all national borders.

To see who Lieberman and Sarkozy are channeling, we look to the Brookings Institute report "Libya's Test of the New International Order" back in February 2011. In it, it talks about the primacy of international law over national sovereignty and considered it being at stake in Libya. Allowing Libya to defy the "international community," they worried, could ultimately threaten its "resolve and credibility."

Another telling Brookings Institute report, "Bifurcating the Middle East," mentions rallying "the Arab street" to confront defiant states like Libya, Syria, and Iran, all of which are mentioned by name. Nowhere was oil mentioned, nor the tremendous profits defense contractors would surely reap, and while these are primary motivators to garner support for the regional campaign within the corporate combine, they are by no means the primary motivators for the campaign itself. The final goal is world government, the elimination of borders, and a monopolistic corporate-financier cartel that can systematically eliminate all challenges to its hegemony - in other words, the dream of all oligarchs since the beginning of time.

In Syria, resistance to the Western-backed opposition is a similar direct challenge to the corporate-financier oligarchs. Nations like Syria, Iran, Libya, Burma, Belarus, and many others are demonized and systematically isolated and undermined not because they are a threat to the world, but because their independence and refusal to acquiesce is an obstacle before a corporate-financier ruled world government.

We are given childish explanations that prey on the most ignorant and feeble of minds as to why we are fighting in Libya, and why we are threatening war with Syria and Iran. Nowhere in Lieberman or Sarkozy's ranting statements is talk of who these rebels are; that they've been fighting on and off against Qaddafi for nearly three decades with US help, that their opposition is based in London and the United States, and that they have overt ties to Al-Qaeda, with rebel leaders themselves openly admitting their affiliations to the terrorist group. We are now told that recently returning to Libya to lead the rebels is Khalifa Hifter, who has spent the last 20 years in "suburban Virginia," and has spent his time in America lending support to anti-Qaddafi groups.

After fighting a decade in Afghanistan and Iraq at the cost of nearly 6,000 US lives, supposedly to stop the ubiquitous "Al Qaeda," an organization the US itself created in the mountains of Afghanistan in the 1980's to fight the Soviets, we have come full circle, with CIA/Al-Qaeda assets fighting side-by-side in Libya, complete with US air support.

Do regular folks forget that Syria was mentioned as part of George Bush's "Axis of Evil" and that Obama is merely carrying on a continuous agenda that has transcended administrations up to this very day? Considering the agenda revealed by Wesley Clark in 2007, we see how seamlessly "Obama's war" against Libya fits in. If we are to believe Obama and Bush are ideological opposites, what other explanation can be given as to why this agenda, scorned by the political left under Bush, has now found a new home in Obama's administration?

Quite clearly politics in America is but a mere illusion. So to is the "War on Terror," as the US helps Al-Qaeda sweep westward towards Tripoli. It is all empty rhetoric carrying the agenda of global government forward. Despite losing nearly 6,000 of their brothers in arms, the US military carries on, following orders despite the absolute, overt absurdity of their mission. They are literally providing air support now for the men that helped send their buddies back in pine boxes from Iraq. They do this while the media that lied them into a decade of war now celebrates their enemy, these rebels of Benghazi, as heroes of democracy. Again - we come full circle as the Mujaheddin fighting the Soviets were once "heroes" of the West as well.

None of this makes any sense from the political left or right perspective. None of this makes sense from a West verses "Muslim extremist" perspective. The only perspective from which it makes sense, is if a cartel of corporations has been lying to us all along, saying anything and everything to get us to jump through the appropriate hoops. With their plans becoming bolder, perhaps even desperate, they have begun to mix up their narratives to the extent that they are bombing "Al Qaeda" in Pakistan and giving "Al Qeada" air support in Libya. They are admittedly strafing civilians from the air in Pakistan, but imposing no fly zones on Qaddafi over unverified claims of doing the same. 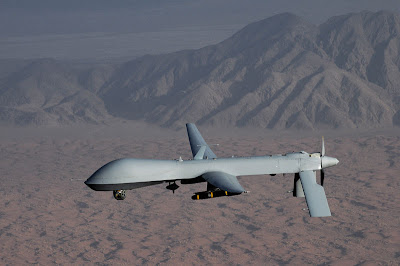 As the globalists admittedly strafe civilians in Afghanistan and
Pakistan, they have lobbied for war with Libya over verified lies
of doing the same.

Indeed, this is not a war of America, the UN, NATO, or the European Union. The feckless politicians that pose as our leadership are merely taking orders from the powers that be - the corporate-financier oligarchs. If we are to frustrate these oligarchs, we would be wise to waste little time on their front men and instead get straight to the issue. Boycott these corporations and systematically replace them on a local level. While they wage war to eliminate the nation state, from its borders down to our own individual rights and liberties, we must wage a campaign to undermine and eliminate them, from their crass consumerist networks that infest our towns, to the parasitic monstrosity that is the international banking system which infests this planet.

While they must wage their battle through murder, lies, and deceit, we must wage our battle through constructive pragmatic solutions, ingenuity, hard work, community, and self-sufficiency. This is not a war for Libya - this is a war for world government, that if won by the globalists, means our defeat as well.﻿
Back