Global Non-Compliance website > New Study Shows Majority Of Americans Against SOPA; Believe Extreme Copyright Enforcement Is Unreasonable by Mike Masnick One of the talking points we've been hearing about SOPA from the lobbyists pushing to get it approved is that the majority of Americ

New Study Shows Majority Of Americans Against SOPA; Believe Extreme Copyright Enforcement Is Unreasonable by Mike Masnick One of the talking points we've been hearing about SOPA from the lobbyists pushing to get it approved is that the majority of Americ 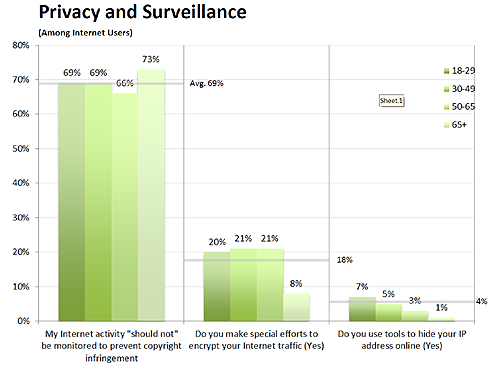 One of the talking points we've been hearing about SOPA from the lobbyists pushing to get it approved is that the majority of Americans are in favor of the bill, because they want to "protect" intellectual property or jobs. This has never made much sense, since SOPA doesn't protect jobs at all. It destroys them, by hindering one of the few parts of our economy that has been creating jobs -- new and small businesses, particularly in the tech community. Now, the same folks who brought you that incredibly in-depth study on media piracy in emerging markets, have come out with a new report revealing some of their latest research on infringement among Americans. There are a ton of useful data revealed here, but none more timely and key than the following:

56% of people surveyed oppose government involvement in blocking access to infringing material. This number increases to 64% when the term censor is used.

Furthermore, when asked specifically if ISPs, social media sites and search engines should block access to infringing content if it also meant that some legal content would also get blocked (basically the definition of SOPA -- where even the defenders of the bill admit it will block some legal content), only 36% say that's an acceptable form of copyright enforcement.

In other words, a majority Americans are very opposed to the methods and impact of SOPA.

The study also found that, when compelling legal services are around, it can cause a massive decrease in the amount of content obtained through unauthorized means. This isn't a surprise. We've been pointing this out for a while now. And it again shows why SOPA is the exact wrong approach. Instead of actually decreasing infringement, it will increase the burdens and costs for the new businesses who provide those compelling new services.