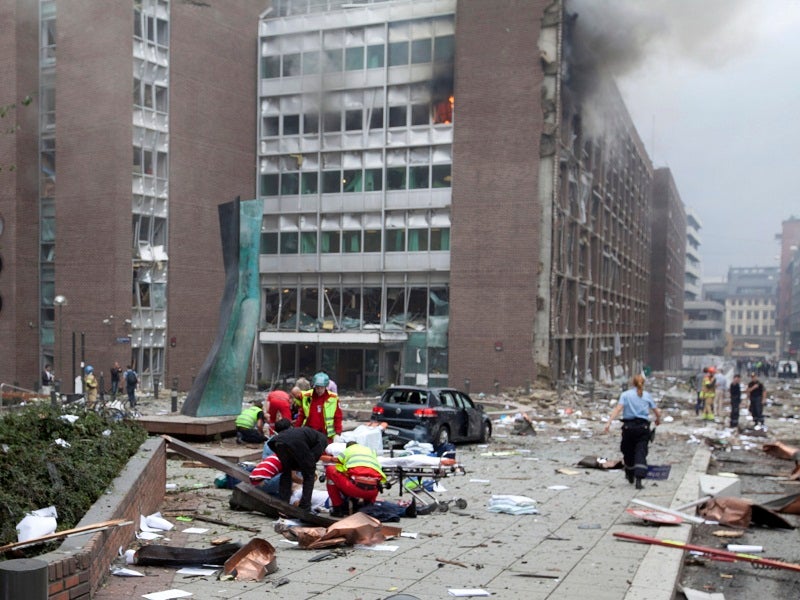 The Norwegian newspaper Aftenposten reports today police sources have confirmed that hours before Anders Behring Breivik launched his deadly attack at a political summer camp on Utøya island on July 22, police had conducted a drill for a “practically identical scenario.”

“Sources within the top level management of the police in Oslo have confirmed to Aftenposten that the drill finished at 15:00 that same Friday,” the newspaper reports. “All of the officers from the anti-terror unit that later took part at the bombsite at the government buildings and went out to Utøya to apprehend Anders Behring Breivik had been training on the exact same scenario earlier the same day and in the days preceding,” writes Andreas Bakke Foss.

The bomb attributed to Breivik went off only 26 minutes after the anti-terror drill finished, according to officials.

Norwegian police characterize the “very similar” drill and its chronological proximity to the “practically identical scenario” as a coincidence.

had trained for a scenario simulating a crash into a building (military officials insisted the buildings involved in the exercise were not the WTC or the Pentagon, although the actual buildings remain classified). The secretive National Reconnaissance Office also held a plane crash scenario on September 11, 2001.

On July 7, 2005,Peter Power, Managing Director of Visor Consultants, a private firm on contract to the London Metropolitan Police, organized a bombing scenario that coincided with the 7/7 London bombings. “At half past nine this morning we were actually running an exercise for a company of over a thousand people in London based on simultaneous bombs going off precisely at the railway stations where it happened this morning, so I still have the hairs on the back of my neck standing up right now,” Power told the BBC.

On July 24, Webster Tarpley noted that the Norwegian terror attack provides a “telltale critical sign of a false flag operation is the holding of drills or exercises – allegedly for counterterrorism purposes – by the police or the military at the same time as the terror attack, or shortly before the real terror attack begins.”

Once the drill has occurred, the capabilities, hardware, etc., which it has created can remain in place to be mobilized at the desired moment. The secret is that the legally sanctioned drill has been used to conduit or bootleg the actual butchery through a government bureaucracy whose resources are required to run the terror but in which there are many officials who cannot be allowed to know what is happening.

The Norwegian police have underscored the probability that the bombing of government buildings in Oslo and the meticulous slaughter at a summer camp were false flag events.

It is unlikely the corporate media in the United States will report on the suspiciously timed exercises in Norway.

It is even less likely they will draw the conclusion the events represent a false flag event engineered to keep the bogus war on manufactured terror alive and add hysteria to the pell mell rush to construct a global surveillance and police state grid.