By Jack Doyle and James Slack 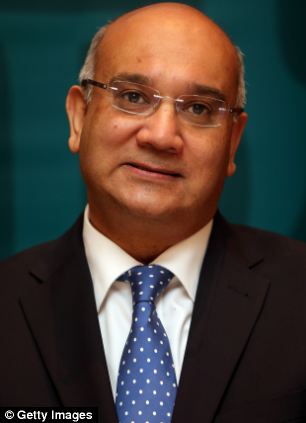 The use of corrupt private detectives involved in illegal hacking could be three times worse than was thought after it emerged police have a secret list of 200 clients of rogue investigators.

Last week, officers gave MPs a list of 102 firms and individuals – including a global celebrity and FTSE 100 firm – who hired detective agencies accused of hacking, blagging and stealing private information.

But the Serious Organised Crime Agency (Soca) has now admitted it is holding a further list of 200 clients that was not turned over to the Home Affairs Select Committee.

The news means the use of corrupt investigators by law firms, banks, insurance companies and celebrities in the so-called ‘hidden’ hacking scandal is far more serious than was thought.

The list is in the hands of the Metropolitan Police, which is refusing to publish it.

The force is also reportedly trying to block the publication of the original Soca list held by MPs, even though it does not form part of any criminal investigation.

Soca is insisting on similar secrecy, saying  it does not ‘participate in, endorse or authorise any further publication of the information’.

It claims that to do so might breach the Human Rights Act, citing Article 8, the right to a private and family life. It also said publishing the list could damage the firms’ commercial interests by tainting them with guilt. But pressure is building at Westminster for MPs to defy Soca and publish the list using Parliamentary privilege.

Home Affairs Committee chairman Keith Vaz is writing to MPs on the committee to canvass their views on whether to expose those allegedly involved with jailed private detectives.

But no decision on whether to publish the names is likely until Parliament returns in September.

Committee member James Clappison, who has written to Soca asking for MPs to be provided with details of the names on the second list, is calling for complete ‘openness and transparency’.

Tory MP Rob Wilson said yesterday: ‘Soca have dug themselves into a hole over this but it should stop digging, and quickly. Using human rights laws to protect the potential perpetrators of a massive breach of people’s right to privacy simply makes a mockery of the system.

‘It suggests that there’s one set of rules for the rich and powerful and another for everybody else.’ 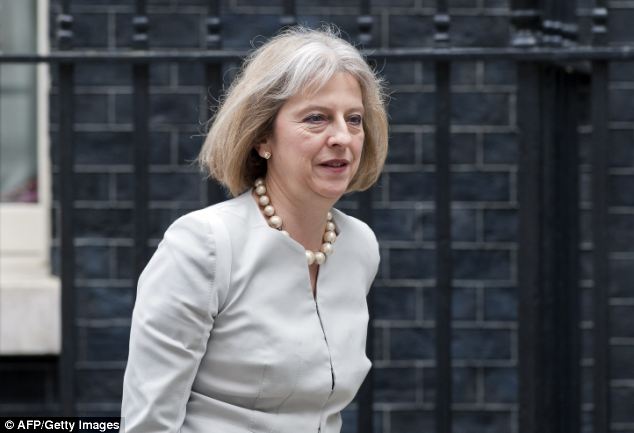 Home Secretary Theresa May, will this week confirm plans to licence private detectives

Mr Wilson also criticised the BBC, which gave blanket coverage to the News of the World phone hacking scandal, for being ‘virtually silent’ on the latest revelations. He asked: ‘Why the double standards?’

The Mail can also reveal that Soca is planning to hand over the first list to data protection watchdog the Information Commissioner, which does not have police arrest powers and can issue only fines.

This contrasts starkly with the treatment dished out to the media during the police’s multi-million-pound inquiry into phone hacking, during which journalists were arrested at dawn as officers swooped on their homes over claims that they listened to voicemails and bribed public officials.

'Soca have dug themselves into a hole over this but it should stop digging, and quickly'

Details of the second list emerged in a letter from Soca director general Trevor Pearce to Mr Vaz dated July 22, which was published quietly on the Soca website this week. In it, Mr Pearce says the second list is held by the Met as part of Operation Tuleta, a probe into computer hacking, and has not been given to MPs because of the investigation.

That probe has led to the arrests of several journalists, as well as other individuals. One who confirmed his arrest – and insisted on his innocence – is millionaire Steve Hayes, who founded Loans.co.uk.

Operation Tuleta has not led to any charges and has only 15 officers and staff, a tiny fraction of those working on the phone hacking and bribery probes into the Press.

Mr Pearce wrote: ‘Client information that continues to feature directly in current actions relating to the Metropolitan Police Service’s ongoing operation Tuleta is regarded as sub judice and has not been provided for the reasons given by the MPS in their evidence session.’

Both lists come from Operation Millipede, a Soca investigation that led to the jailing of four private detectives following a trial at Kingston Crown Court in South West London last year.

On Saturday, the Mail revealed how the Soca list of 102 names was dominated by legal firms, global banks and big City Institutions. It is also said to contain the name of a person so famous, ‘you’d have to live down a rabbit hole in the Arctic not to have heard of them’.

Home Secretary Theresa May, will this week confirm plans to licence private detectives.