OccupyWallStreet - 'The Marines are Coming to PROTECT the Protestors' 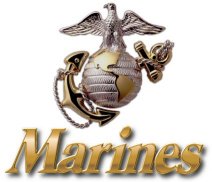 October 1, 2011 - TAMPA, FL - The Occupy Wall Street movement may have just received an unexpected surprise – United States Army and Marine troops are reportedly on their way to various protest locations to support the movement and to protect the protesters.

“I'm heading up there tonight in my dress blues. So far, 15 of my fellow marine buddies are meeting me there, also in Uniform.

I want to send the following message to Wall St and Congress:

I didn't fight for Wall St. I fought for America. Now it's Congress' turn.

My true hope, though, is that we Veterans can act as first line of defense between the police and the protester. If they want to get to some protesters so they can mace them, they will have to get through the Fucking Marine Corps first. Let's see a cop mace a bunch of decorated war vets.

I apologize now for typos and errors. Typing this on iPhone whilst heading to NYC. We can organize once we're there. That's what we do best.If you see someone in uniform, gather together.

A formation will be held tonight at 10PM.

We all took an oath to uphold, protect and defend the constitution of this country. That's what we will be doing.

Hope to see you there!!”

Reilly added, “Please note...this is from another veteran, NOT ME. (I was Army, he's a Marine)...and I am on my way to DC, not NYC. :>) ....but this is fantastic, and he's not a VFP guy....just a soldier that is outraged by what we have become in this country, as it should be.

“A LOT of veterans get it,” Reilly stated.  “Only one third of one percent of our citizens serve in the military, and we are the ones who sacrifice MUCH, and all we ask in return is that civilians control the people they elect. (miserable failure so far) But ...the image of police, or anyone else, pepper spraying veterans or even confronting them, is "priceless" as they say, and will help slap this country into seeing what we have become.(totally insane, politically and police-state-wise). And EXACTLY what I have requested from my brother and sister veterans in DC Oct.6.”

This could be the defining moment that sends the Occupy Wall Street movement into perpetual motion.

In this writer's opinion, these servicemen, and any other troops who join in, are heroes, just like the everyday heroes who have been there from day 1 along with those who are now joining in.

As a US Marine Corp veteran, I can speak personally about the disgust I feel while watching NYPD brutalize our peaceful citizens at #OccupyWallStreet protests.  Instead of joining us, they have elected to use their heavy hand to defend the Banks against the will and voice of democratic, peaceful protestors.   If there are any further law enforcement incidents at #OccupyWallStreet in ~any~ city across the nation, US Marines will begin providing security and protection to all protestors.  If law enforcement wishes to challenge our postion, we will set up a protest perimeter and prohibit law enforcement from entering…..we are not paid by gov’t or banksters, and therefore do not have to worry about (NYPD) “doing what we are told….”  We will do what is absolutely right to preserve democracy & order.

US Marines & Army are more than capable of preserving democracy, if necessary.   NYPD and LAPD need to make a choice in how they will conduct themselves from here on out.   Peaceful protestors will be backed up by the credibility, honor and integrity of our veterans….and we will not hesitate to use equally opposing force to restrain municipal law enforcement.

Alternative news outlets have been contacted, as well as OathKeepers.org.  I am currently organizing a roster of contact information to communicate with the large numbers of veterans who are expressing interest in providing support to the peaceful protestors across the country.  VETERANS:  Please send me an email to Peter@PeterSantilli.com or RT me on Twitter https://twitter.com/#!/PeopleHubUSA

My Name is Peter Santilli, and I am a Former US Marine who lives in the High Desert. If LAPD, or any other Gov’t Law Enforcement entity fucks with any protestors, please call me ASAP at 760-694-8038. I will put together a large group of combat war veterans to protect the protestors. Peaceful revolt will absolutely be backed up with a large number of veterans who know EXACTLY how democracy is preserved. Please share my contact info with your peeps!