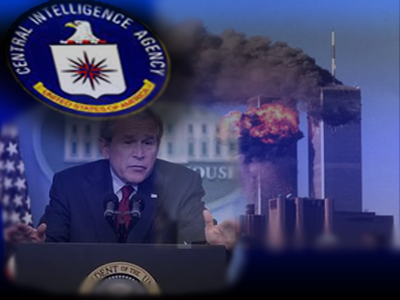 I am honoured to share a platform with Richard Gage of Architects and Engineers for 9/11 Truth. I intend in this 20 minute talk to give additional political context to 9/11, to set it in a fraction of the history of the last century and in the NOW.

The following is a Transcript of Dr. Halpin’s presentation

The lie of 9/11 has provided the pretext for the most terrible wars on the Muslim peoples in defiance of the Nuremberg Protocols and the UN Charter. Unless that lie is laid bare by truth, 9/11 will be seen as the crucible from which World War Three erupted. There will be no way back from the smoking ruins for those unfortunate enough to survive. The images from Hiroshima and Nagasaki are there to warn us.

I cannot recall when I became certain that 19 Muslims with box cutters were NOT responsible for these events. (1) The cinematographic images shocked billions, and especially the terror in those humans who jumped. (2) I recall asking how could it be that of hundreds of engineers in the plot not one had broken ranks. I have known the truth for at least 8 years and push two points in writing and discussion. Cui bono – ‘to whose benefit’. NOT the Muslim world at all – so much has been laid waste both in life, limb and social structure. And Tower 7. I am a sceptic and I am ashamed that the dawning was not immediate for me.

I will describe what is necessary for this gigantic conspiracy to succeed for ever.

Then I will discuss the receptiveness of the public mind to this truth and more generally, as well as the malign forces and techniques that are played upon that mind.

The false flag of the Reichstag Fire in 1933 allowed the Nazis to progressively remove the laws and freedoms of the German state. They cowed those of independent mind, regimented the rest and assassinated their own whose loyalty was questioned. That same process is in train in the US and Britain NOW. The remarkable words of Milton Mayer -

They Thought They Were Free by Milton Mayer, The Germans, 1938-45

The citizen is encouraged to think he has the power to influence government policy when that power is minute or absent.

For instance Cheney – the essence of evil, ‘enhanced interrogation techniques’ are OK etc, 5 deferments to serve in Vietnam and a member of United Methodist Church! They gain power easily being very ruthless, often charming and good with their tongues. Furthermore, they attract each other, so cabals are formed and these combine further. In the US, and to a lesser extent in the cunning UK, the ‘think’ tanks are stuffed with these circling sharks. Their evil is beyond measure. Of the thousands driving war, subversion and all the rest, the now extinct Project of the New American Century – PNAC, was central. Add the Council for Foreign Relations, the American Enterprise Institute, AIPAC – America Israel Public Affairs Committee and many more.

4. PNAC was formed in 1997 with Kristol and Kagan the first signatories.

This urged more war by the US, with Iraq the first target. Remember – Iraq was to be the first target. Some dozens of psychopaths were part of PNAC and all were Zionists. US hegemony of our planet, especially by force of arms, was the evil aim. Full spectrum dominance was the method. PNAC lead the charge to remove Saddam Hussein who was vilified just as Ghaddafi was vilified, and now Dr Bashar Assad. There were several joint letters to the President urging massive military action.

Strategies, Forces and Resources for a New Century, was written for the George W. Bush even before he was elected in part, by ‘hanging chads’ in 2000. This was the nitroglycerine that infused the blood lust rising in Bush and his cabal. BUT the fuse had to be lit and the Muslim framed so Cheney’s Pearl Harbour in down town NY was hatched over several months.

6. Oded Yinon. This is very important.

He worked it is said in the Israeli Ministry of Foreign Affairs in the 80s. There is only one image on the web so I assume he belonged to Mossad. (4) His paper, “A Strategy for Israel in the Nineteen Eighties”, was translated from the Hebrew by the good Israel Shahak. This was a plan for decimation of ALL Arab States/Entities.

‘The following essay represents, in my opinion, the accurate and detailed plan of the present Zionist regime (of Sharon and Eitan) for the Middle East which is based on the division of the whole area into small states, and the dissolution of all the existing Arab states.’

‘The strong connection with Neo-Conservative thought in the USA is very prominent, ..’

‘… the real aim of the author, and of the present Israeli establishment is clear: To make an Imperial Israel into a world power. In other words, the aim of Sharon is to deceive the Americans after he has deceived all the rest.’

‘The plan follows faithfully the geopolitical ideas current in Germany of 1890-1933, which were swallowed whole by Hitler and the Nazi movement, ..’

‘Iraq, rich in oil on the one hand and internally torn on the other, is guaranteed as a candidate for Israel’s targets. Its dissolution is even more important for us than that of Syria.’

You know that a country of 290 million is subservient to an entity with a population of 6 million. The evidence for that is overwhelming. 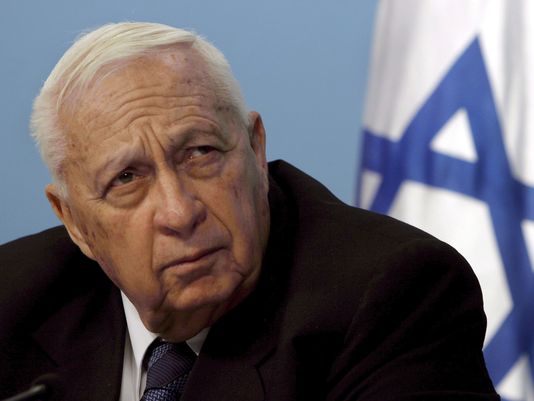 Every time we do something you tell me America will do this and will do that…. I want to tell you something very clear.  Don’t worry about American pressure on Israel.  We, the Jewish people, control America, and the Americans know it.

The public mind – the seed bed and the swamp

1. The media moulds the many minds, especially when images are used.

The extraordinary series of four BBC films by Adam Curtis examines the methods and the potency. The title – ‘The Century of the Self’.

Edward Bernhays, nephew of Freud is centre stage. It is on Youtube. It shows the power of desire and self gratification over need. And in my words the driver for capitalism.

The BBC, or ZBC as I call it, is the master of state and war propaganda. Two tiny current examples – Muamar Ghaddafi was ‘toppled’ – NOT caught in a storm drain, dragged behind a pick-up and then a sword thrust into his rectum. The other – James Reynolds reports hundreds of brown/black humans drowning including dear children. There has been NO reference to the cause. Libyans and Syrians are in the majority, the former from the chaos caused by our Satanic bombing, and the latter from terrorists imported into Syria’s land with the full support of the west.

2. Truth has to be repeated constantly because Error also is being preached all the time, and not just by a few but by the multitude.

In the Press and in Encyclopaedias, in Schools and Universities, everywhere Error holds sway, feeling happy and comfortable in the knowledge of having Majority on its side. Goethe

3. Milton Mayer – as alluded to already. We wait for others to stand up. A dark has fallen over the world but a majority see only colour and light.

4. The Romans distracted their citizens with bread and circuses. Our circuses? Endless ‘sport’ + Celebrity Come Dancing + for the British, endless costume dramas on ZBC and the other propaganda channels. ‘Celebrities’ and game shows fill the vacant brains.

5. I have described in my many words in defence of OUR NHS that ‘feelings of resignation’ are cunningly generated. ‘They have made up their mind’.

6. The British are reminded daily of the European Holocaust and its many Jewish victims. The Slav and the Romany go without mention. This stifles all criticism or even examination of the Zionist entity. Hiroshima and Nagasaki were NOT holocausts according to the Holocaust Day Memorial Trust in the UK though they meet the criteria exactly.

7. Ali Abbas. The incineration of his arms, and of his parents plus 10 relatives, was caused by a neutron weapon – an enhanced radiation weapon. The images show he did not move; the incineration took place in milliseconds. The very deep trunk burns taper symmetrically towards his back. I have published these images five times. I have received only ONE comment. The more terrible the violence, the more speedily does the shutter in the mind come down, even in those who dissent against state terror. (5&6), even in those who stand against state terrorism.

There is much more that warps the public mind, allowing it to accept the murder and maiming of other peoples without dissent. How many in the House of Commons or in the UK could recite this when another country is to be bombed by us or by a surrogate – as in the Yemen now -

“Cluster bombs in the Yemen? Made by the yanks and dropped by the Saudis. Forget it. Concentrate on the election in the fattened, self-obsessed UK instead. The Yemenis are getting what they deserve.” Forget that we helped destabilise that country years ago when it was the coaling station for the Raj.

The citizenry is less well informed than say in 1945, less cohesive and much more cruel. 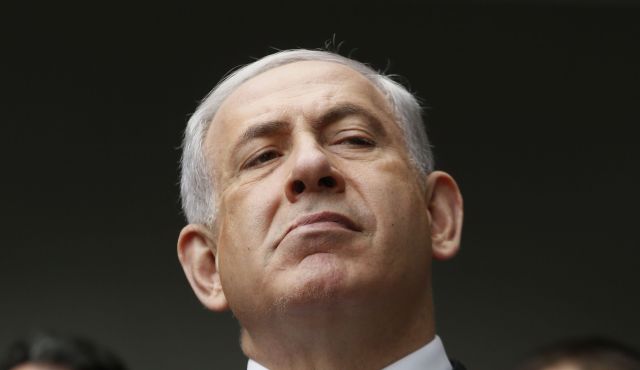 Netanyahu’s comments echo a previous statement he made on the very day of 9/11, as reported in the New York Times, September 12th:

Asked what the attack meant for relations between the United States and Israel, Benjamin Netanyahu, the former prime minister, replied:

Then he edited himself:

“Well, not very good, but it will generate immediate sympathy.”

There is a straight line from well before the disgusting Balfour Declaration to 9/11. The arrogance and cruelty of the European in arranging for the robbery of Palestine with the greatest violence is captured here in the words of ‘Lord’ Arthur Balfour. (7) The current lawless dominance and great cruelty of the Zionist entity has been given a vast boost by the 9/11conspiracy.

And Cheney’s promise of ‘everlasting war’ is ensured unless we take note of Milton Mayer’s lesson. We must stand against fascism though we are in the thick of it.

My definition – FASCISM – the subjugation of the individual’s will and freedom by an overweening state. Humanity withers, freedom of speech is stifled and the soul dies. Self preservation becomes a dominant drive.

A dark is falling and psychopaths are two a penny. Here are two of our war criminals – a paramount psychopath (8) and one other in his cabal, Campbell (9). Both go free with many.

No mother and child should be in the least harmed anywhere in our still beautiful world.

David Halpin is a retired orthopaedic and trauma surgeon who was trained to heal and not to harm. https://dhalpin.infoaction.org.uk/