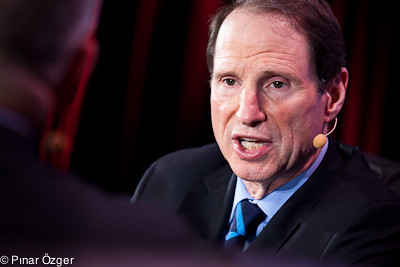 The man in charge of America’s drone wars will face Senate questioning about perhaps their most controversial aspect: when the president can target American citizens for death.

Sen. Ron Wyden (D-Ore.) sent a letter on Monday to John Brennan, the White House’s counterterrorism adviser and nominee to be head of the CIA, asking for an outline of the legal and practical rules that underpin the U.S. government’s targeted killing of American citizens suspected of working with al-Qaida. The Obama administration has repeatedly resisted disclosing any such information about its so-called “disposition matrix” targeting terrorists, especially where it concerns possible American targets. Brennan reportedly oversees that matrix from his White House perch, and would be responsible for its execution at CIA director.

“How much evidence does the President need to determine that a particular American can be lawfully killed?” Wyden, a member of the Senate intelligence committee, asks in the letter, acquired by Danger Room. “Does the President have to provide individual Americans with the opportunity to surrender before killing them?”