Global Non-Compliance website > ‘Someone’s coming to get me’: Terrified phone-hacking whistleblower feared for his life before he was found dead

‘Someone’s coming to get me’: Terrified phone-hacking whistleblower feared for his life before he was found dead 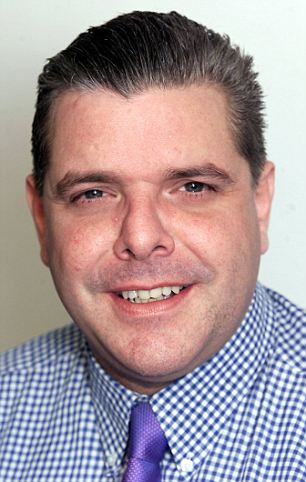 Found dead: Former News of the World journalist Sean Hoare was discovered at his home in Watford

The man who launched the entire phone hacking scandal had become a paranoid recluse who believed someone was out to get him, a friend has revealed.

Sean Hoare, who was found dead at his flat in Watford, Hertfordshire, had spent much of the last weeks of his life 'hiding' in his flat with the curtains drawn.

A post mortem examination revealed that there was no third party involvement in the death. Officers are not treating the death as suspicious although it will be several weeks before they have full toxicology results.

A friend and neighbour claimed Mr Hoare, 47, had become increasingly reclusive and paranoid in recent weeks.

‘He would talk about someone from the Government coming to get him,' he said.

'He was physically going downhill. He was yellow in colour and wasn’t looking well for the last month.

‘He had a constant struggle with alcohol and talked to me about how much he had put his wife through.

‘He did say something about phone hacking and I think that was his main worry. He had definite concerns with the media. He did mention he was paranoid and would mention conspiracy stuff.’

Former News of the World journalist Mr Hoare had accused former Tory media chief Andy Coulson of lying about his role in the affair.

He said that when editor of the paper, Mr Coulson actively encouraged his staff to intercept the calls of celebrities.

It was his explosive claims last autumn that reignited the scandal and ultimately led to the tumultuous events of the past fortnight which have shaken the political, police and media establishments.

Police were investigating the possibility that he had killed himself, saying his death was ‘not thought to be suspicious’.

His death came after: 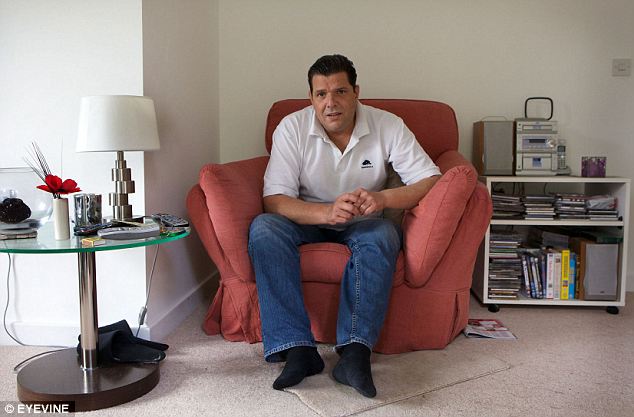 Mr Hoare in the sitting room of his home. A friend and neighbour claimed Mr Hoare had become increasingly reclusive and paranoid in recent weeks 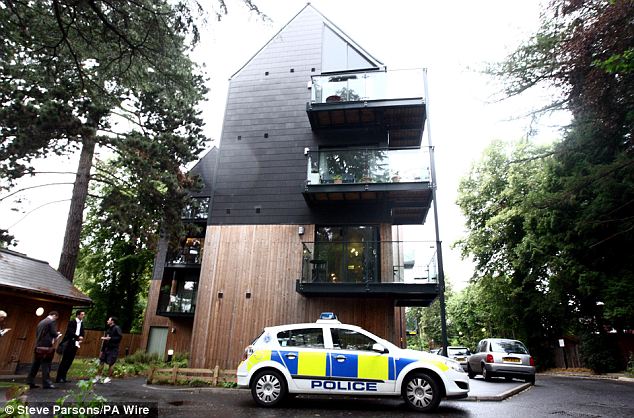 Tragic: Police are investigating the death of Mr Hoare after his body was found at his Hertfordshire home

The body of Mr Hoare, 47, was discovered by police on Monday morning at his modern first-floor flat in Watford.

The former reporter blew the whistle during an investigation by the New York Times last September, pointing the finger directly at Mr Coulson, by then the Prime Minister’s communications chief.

Until Mr Hoare spoke out in September, pressure had eased on Mr Coulson, recruited by David Cameron as his media chief in 2007 after resigning as editor of the News of the World when royal reporter Clive Goodman and private investigator Glenn Mulcaire were jailed.

Last week, Mr Hoare was back in the spotlight with further claims, telling the New York Times that reporters at the News of the World were able to use police technology to locate people using their mobile phone signals in exchange for payments to police officers.

Mr Coulson, who quit Downing Street in January and was arrested over hacking earlier this month, has strenuously denied Mr Hoare’s allegations. 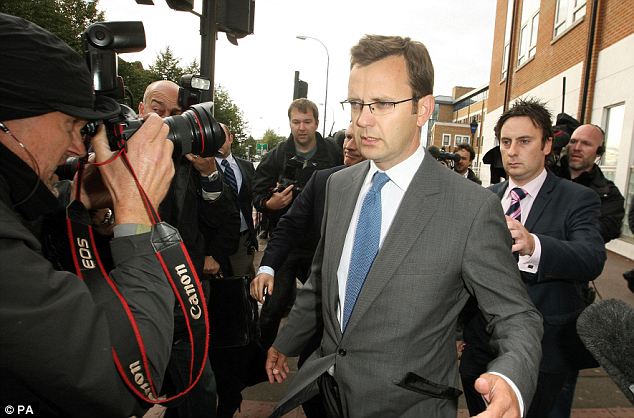 Last year Mr Hoare (right) claimed that Andy Coulson was aware of phone hacking while he was editor at the News of the World.

He gave an interview to the New York Times, and then to the BBC, about the use of phone hacking at the newspaper.

Mr Hoare, who worked on the Sun before being recruited by Mr Coulson to work on the NOTW, said: 'He was well aware that the practice exists. To deny it is a lie, simply a lie.'

Later, Mr Hoare was interviewed by police over the allegations he had made but would offer no comment, Director of Public Prosecutions Keir Starmer said in December.

He issued a statement last year that he had ‘never condoned the use of phone hacking and nor do I have any recollection of incidences where phone hacking took place’.

But Mr Hoare told Radio 4’s PM programme that phone hacking was ‘endemic’ at the newspaper and said of his former boss: ‘He was well aware that the practice exists. To deny it is a lie, simply a lie.’

Police could not rule out suicide but friends suggested natural causes was also a possibility as he had been suffering from ill health.

A Hertfordshire Police spokeswoman added: 'The man's next of kin have been informed and the family are being supported by police at this sad time.'

Officers have yet to confirm arrangements for an inquest to be opened.

His solicitor David Sonn said: ‘I last spoke to him a week ago and he seemed fine. I am shocked and saddened. It is a terrible tragedy.’

He added: ‘In giving his statement to the New York Times, he was arguably the catalyst for everything that has happened since.’  When Mr Coulson was made editor of the News of the World in 2003, he recruited Mr Hoare as a showbusiness reporter. 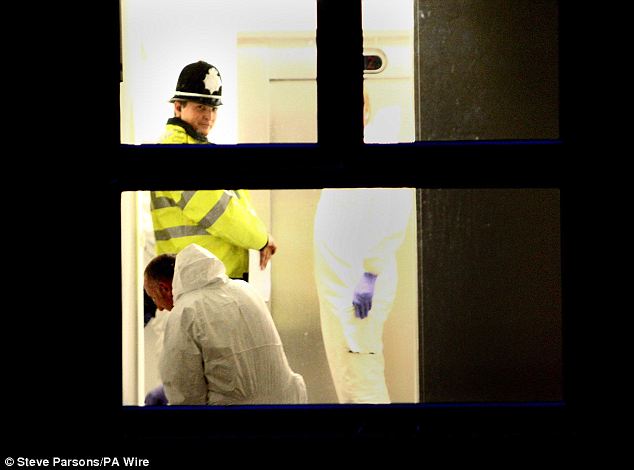 Investigation: Forensic officers and a policeman at the flat of Mr Hoare

They had previously both worked on The Sun’s showbusiness column Bizarre.

One former colleague said: ‘At The Sun, they were absolutely the best of buddies. They used to go out to Covent Garden and socialise all night together. Andy would cover for Sean, or vice versa, if one of them was too hung over for work.

‘I last saw Sean at a do not all that long after he left the News of the World. He was looking very scrubbed and sober and I asked what he planned to do, and he said he wanted to get back into journalism but added, “Journalism has turned its back on me”.’

Mr Hoare was sacked from the News of the World over drink and drug problems in 2005, and last year sources at the paper said that his claims should be treated with ‘extreme scepticism’.

But a friend who saw him more recently described him as ‘sober’ and wanting to rebuild his career. 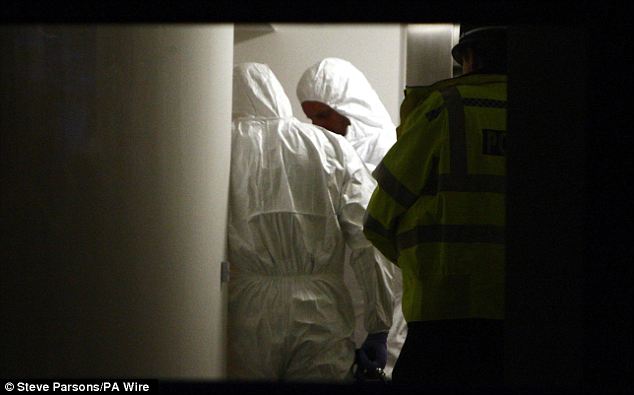 Evidence: The death of Mr Hoare is currently being treated as unexplained, said authorities 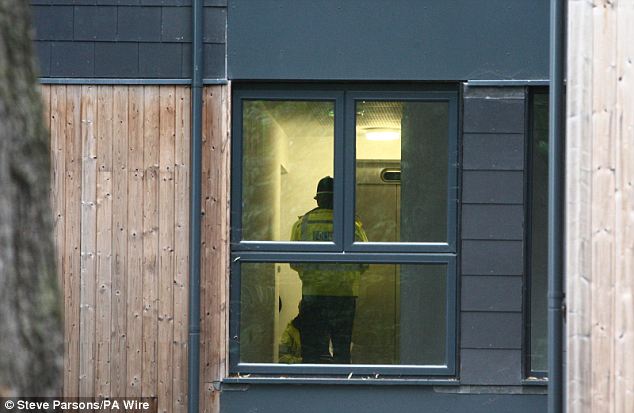