The Axis of Evil and the Brain-Shrinkage Bombshell 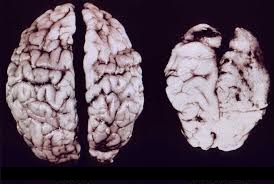 The venality of the Axis of Evil (Psychiatry and Big Pharma) evidently knows no bounds. It has just come to my attention that they have known for AT LEAST THREE YEARS that antipsychotic drugs, the new atypical antipsychotics and clozapine are all associated with loss of brain tissue – in other words, brain damage.

I cite an article that appeared in Psychology Today almost exactly three years ago. The article itself cites an admission by a former editor-in-chief of the American Journal of Psychiatry and findings that were published in the February issue of the Archives of General Psychiatry, that the link between those psychiatric drugs and “progressive brain volume reductions.”

.Have a read of the article. It is an utter bombshell. It is a bombshell about which the Axis of Evil has kept very quiet. Get this:

If someone is manufacturing something which is discovered to cause serious harm to the consumer, the normal reaction is to alert the consumer and organise some sort of product recall or at least stop selling the product. Imagine if someone produced, say, a car engine that was discovered to leak toxic fumes into the cab causing serious long-term illness or even brain damage to the driver and any children or other people who happen to occupy the vehicle. Imagine that the longer the vehicle is used, the more permanent damage to the occupants. What would you expect the reaction to be? Now I imagine reaction should go something like this:

This would be the sane, responsible response to the problem, would it not? But what would you think of a scenario that went like this: 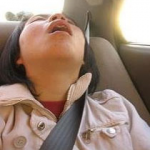 You would want to find the people responsible and lock them up as criminals, wouldn’t you?

I put it to you that if we swap the allegory of the car engine for the reality of psychiatric drugs being sold to the consumer in the full knowledge of the harm that they are doing – and being marketed aggressively to youngsters as well – we have the same order of criminal negligence or criminal intent.

If it were a car engine, we would have lynched somebody by now.

Is this behaviour acceptable? 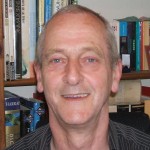 Steve Cook is the author of The Worm in the Apple, and several other works of non-fiction and fiction. His blog is at https://www.stevecookwriter.co.uk