The Federal Reserve Shows Barack Obama Who The Real Boss Is 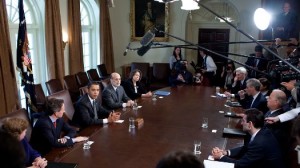 Barack Obama has greatly expanded the powers of the presidency during his time in the White House, but there is one institution that he simply will not mess with.  There is one organization that is considered to be so sacred in Washington D.C. that Obama will not dare utter a single negative word against it.  That organization is the Federal Reserve.  Even though he has shown that he is unafraid to pick a fight with just about everyone else in Washington, Obama flat out refuses to criticize the Fed and he even reappointed Ben Bernanke for another term as Fed Chairman even though Bernanke has a track record of failurethat would make the Chicago Cubs look good.  Perhaps Obama is aware of what has happened to other presidents that have chosen to tangle with the Fed.  In any event, it has become clear that Obama submits to anything that the Fed says without question, and the controversy over the “trillion dollar coin” is another perfect example of this.  For weeks, there has been much speculation in the mainstream media about the possibility that the Obama administration may print up a one trillion dollar coin that it would use to keep paying the bills of the federal government if an agreement to raise the debt ceiling is not reached.  But on Saturday the Federal Reserve killed that idea, and we shouldn’t be surprised by that because under no circumstances will the Fed ever accept a threat to their monopoly over money creation in the United States.  If the Federal Reserve had allowed Obama to print up a debt-free trillion dollar coin, that would have set a very dangerous precedent for the Fed.  The American people would have realized that the federal government can actually create debt-free money whenever it wants and that it does not actually have to borrow money from anyone.  That is something that the Fed probably would have moved heaven and earth to keep from happening.  But now we won’t ever know how far the Fed would really be willing to go to keep their monopoly over money creation, because Obama has no plans to challenge this latest ruling from “the real boss” of our financial system.

Sadly, most Americans don’t even realize that a private banking cartel has a monopoly over all money creation in this country.  In recent years they have abused this power by wildly printing money (“quantitative easing“), and by making more than 16 trillion dollars in secret loans to their friends during the last financial crisis.  Under our system, the private Federal Reserve creates money whenever they want, and nobody else gets to create money.  It is an insane system, but very, very few of our politicians will ever dare to question it.

At this point, the U.S. Treasury Department is essentially just an arm of the Federal Reserve.  That is why it was no surprise that the Fed and the Treasury Department issued a joint statement on Saturday.  According to Treasury spokesman Anthony Coley, both the Treasury and the Fed have come to the conclusion that under no circumstances should a trillion dollar coin be printed up by the Obama administration…

But of course it was actually the Federal Reserve which made this decision.  The following is from a report posted by Zeke Miller ofBuzzfeed.com…

The Federal Reserve was responsible for killing a controversial proposal to circumvent the debt limit, a senior administration official told BuzzFeed Sunday.

On Saturday the Treasury Department released a statement ruling out the only remaining alternative to Congress raising the nation’s borrowing limit, which would utilize a loophole in federal law to mint a $1 trillion coin to be deposited in the Federal Reserve and ensure the federal government could pay all bills and debt obligations.

According to that Buzzfeed article, the Federal Reserve would have actually refused to recognize the trillion dollar coin if the Obama administration had tried to deposit it with the Fed…

But it was the Federal Reserve that killed the proposal, the official told BuzzFeed, denying a purely political rationale for the announcement, saying the independent central bank would not have credited the Treasury’s accounts for the vast sum for depositing the coin.

So there you go.

The real boss has told Barack Obama how it is going to be, and Obama plans to meekly comply.

So why is the Federal Reserve so adamant about maintaining their monopoly over money creation?

“Compound interest is the eighth wonder of the world. He who understands it, earns it … he who doesn’t … pays it.”

When the Federal Reserve system was initially created back in 1913, the bankers that created it intended for it to be a perpetual debt machine that would extract massive amounts of wealth from the U.S. government (and ultimately from all of us) through the mechanism of compound interest.  Each year, hundreds of billions of dollars of interest are transferred into the pockets of the wealthy bankers and foreign nations that own our debt.  This is one of the reasons why I preach about the evils of government debt until I am blue in the face.  The debt-based Federal Reserve system is a way to systematically steal the wealth of the United States, and it is happening right in front of our eyes, but very few people actually understand it well enough to complain about it.

Unfortunately, we are rapidly getting to the point where we have accumulated so much debt that it is threatening to collapse our entire financial system.  The following comes from a recent Zero Hedge article…

By now most are aware of the various metrics exposing the unsustainability of US debt (which at103% of GDP, it is well above the Reinhart-Rogoff “viability” threshold of 80%; and where a return to just 5% in blended interest means total debt/GDP would double in under a decade all else equal simply thanks to the “magic” of compounding), although there is one that captures perhaps best of all the sad predicament the US self-funding state (where debt is used to fund nearly half of total US spending) finds itself in. It comes from Zhang Monan, researcher at the China Macroeconomic Research Platform: “The US government is now trying to repay old debt by borrowing more; in 2010, average annual debt creation (including debt refinance) moved above $4 trillion, or almost one-quarter of GDP, compared to the pre-crisis average of 8.7% of GDP.”

This is a key statistic most forget when they discuss the stock and flow of US debt: because whereas the total US deficit, and thus net debt issuance, is about $1 trillion per year, one has to factor that there is between $3 and $4 trillion in maturities each year, which have to be offset by a matched amount of gross issuance just to keep the stock of debt flat (pre deficit funding). The assumption is that demand for this gross issuance will always exist as old maturities are rolled into new debt, however, this assumption is contingent on one very key variable: interest ratesnot rising.

Do you understand what is being said there?

Not only is our debt rising by more than a trillion dollars a year, we also need to roll over trillions of dollars of federal debt each year.  If interest rates on that debt start rising, we are going to start feeling the pain very rapidly.

As I have mentioned previously, the average rate of interest on U.S. government debt was 6.638 percent back in 2000.  If we returned to that level today, we would be paying more than a trillion dollars a year just in interest on the national debt.

The main thing keeping interest rates low right now is the fact that the U.S. dollar is the de facto reserve currency of the world.  If that ends, interest rates on U.S. debt will skyrocket.  The following is from a recent article by Chris Ferreira…

The US Dollar is the reserve currency of the world. You need it to buy oil, a vital component of any economy. Since other countries like China cannot print US dollars at their leisure, they have to get it from somewhere. They get it from trade with the US. The US buys products in Asia and the rest of the world with US dollars, and in turn these same dollar surpluses are used to buy oil and US bonds, creating a much needed artificial demand for US dollars.

This is also how the enormous US 558$ billion trade deficit in 2011 was financed. The US has been in a trade deficit since the 1980?s and it continues the grow as jobs and manufacturing are being lost to more competitive nations. The trade deficit also accounts for the national debt. The financing of the debt creates artificial demand for US bonds which helps lower the interest rate and coincidentally helps to raise the debt levels even higher.

Unfortunately, the rest of the world is starting to move away from the U.S. dollar.  Over the past couple of years, a whole host of international currency agreements have been signed that are intended to start reducing the use of the U.S. dollar in international trade.  For much more on this, please see the following article: “The Giant Currency Superstorm That Is Coming To The Shores Of America When The Dollar Dies“.

Most Americans have absolutely no idea how very close we are to financial catastrophe.  The only way we can continue to service our enormous 16 trillion dollar debt is for interest rates on that debt to remain super low.  But the only way those interest rates can remain low is for the U.S. dollar to remain absolutely dominant in international trade.  Once the rest of the world rejects the U.S. dollar, the game is over.

We are headed for total system meltdown, but neither major political party is going to do a thing about it.  They are both just going to continue to meekly comply with the dictates of the real boss of our financial system – the Federal Reserve.

It is imperative that we educate the American people about these things.  Please share this article with as many people as you can, and the following is another great article for anyone that does not understand how the Federal Reserve is destroying our financial system: “10 Things That Every American Should Know About The Federal Reserve“. 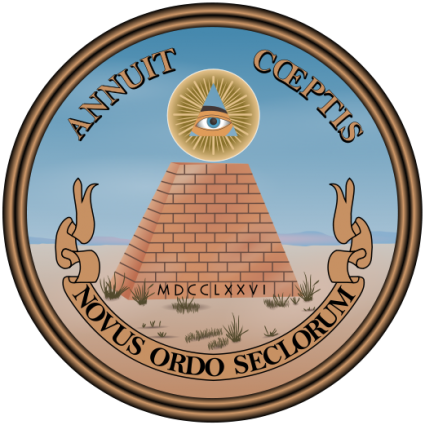 Also worth a look is this