Global Non-Compliance website > The IMF is a Death Cult

The IMF is a Death Cult 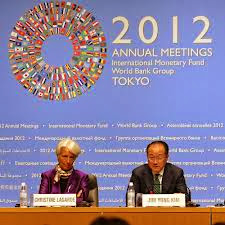 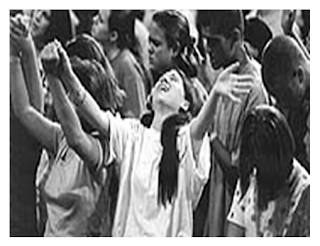 This revelation came to me reading the following paragraph by Nick Cohen in the Guardian/Observer newspaper dated June 3, 2012:
'Madame Lagarde told Greek parents who were scrambling through rubbish tips to find food for their families that she had more sympathy for the children of sub-Saharan Africa. Having unburdened herself of the oafish thought that suffering is a competition in which the poorest can be used as a weapon against the poor, the managing director of the International Monetary Fund added: "I think they should also help themselves collectively. By all paying their tax."'

The language used by this woman - who demonstrates highly psychopathic thinking - along with her pathological ideas are precisely the same kind 'rationale' cult leaders utilise to silence their mind controlled slaves when things do not go well, or predictions which the cult leader made have failed to materialise.
"You were not letting in the correct cosmic energies..." - "you can help by paying your tax...." = same mindset.
Cults often come with concepts of 'servitude' in the guise of buzzwords and terms such as 'Service to All' and "Service to the One' and yet here is the leathered skinned Madame Lagarde eulogising such ideals upon the people of Greece. It is THEIR fault they are suffering due to their lack of faith in the IMF Church. Not the bankers, politicians, financial regulators, multinational corporations or bureaucrats. No. The impoverished Greeks need to show more devotion to the creed of the IMF and pay more taxes and be thankful they haven't been starved to death like the Sub-Sahara Africans have been by IMF policies!
Clearly we are dealing with the warped theology of a cult, using and altering reality - via gaslighting - to justify their own actions while keeping their mind controlled slaves trapped within the cult.
If one reads the proclamations given by Irish politicians, senior civil servants and journalists (all the same entity essentially) that we Irish are being looked upon as 'favoured' by the International Monetary Fund for meeting our fiscal targets and paying all the extra taxes foisted upon us, it is precisely how a brainwashed cult member talks about their leader. "The leader says I am the special one!"
The nauseating quislings of the Irish establishment along with their increasing gushing devotion to the IMF mandates begin to make more sense when viewed in this light. They are basically brainwashed cult members of a Financial (and very literal) Death Cult called the International Monetary Fund. Even more surreal is that Irish journalists occasional issue smug commentaries based on the notion that Ireland can pay its debt more effectively than the Portuguese, as if this is a glorious patriotic achievement of our unconditional service to the IMF Death Cult.

SP's = Suppressed Portuguese? Maybe the Greeks are not letting in the right cosmic vibrations from the Troika Dimension...?