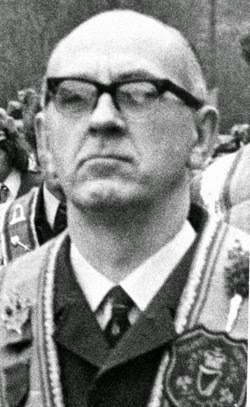 November 1966, and a Presbyterian evangelist named William McGrath has an apocalyptic prophetic vision that Northern Ireland would be engulfed within a biblical-style end times war between the 'real' Irish people - who were the Protestants descended from the Tribe of Daniel - and the 'Papist' Invaders. The result of this prophetic vision was McGrath's creation of an esoteric organisation named the Tara Lodge. What William McGrath had not revealed to anyone at the time of his vision of a coming sectarian war in Northern Ireland, was that he was also working for Mi5.
This shadowy operation calling itself Tara Lodge, played a major role in stoking the flames of apocalyptic sectarianism in Northern Ireland which led directly to the historical period known as The Troubles, along with the deaths of well over 3,000 people. Equally as disturbing, was McGrath's paedophilia sex trafficking operations and a cozy relationship with the British establishment right up to the inner sanctum of the Royal Family itself. 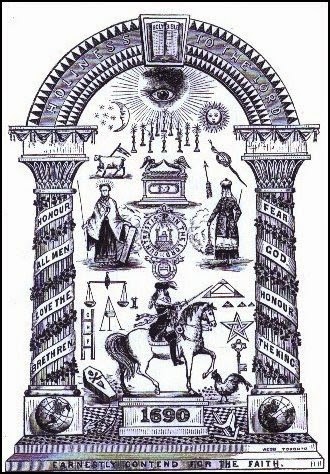 William McGrath created the organisation Tara as a result of 'his' belief that what he termed 'Irish Heritage' was a magical esoteric Christian state which had been corrupted by the presence of Catholicism on the island of Ireland. Much of Tara's identity was culled from the philosophy of British Israelism; the belief that the people of Britain and Ireland are the direct bloodline descendants of the Ten Lost Tribes of Israel, and that the British Royal Family is directly descended from House of King David. 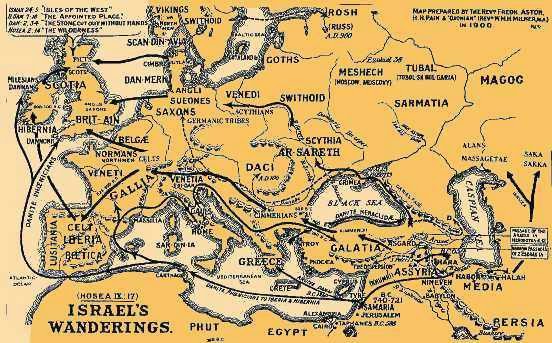 The Tara Lodge became fanatically obsessed with the idea that the original Ulster Irish came from Scotland, while the majority of the population of the Republic of Ireland were 'Pagan' Spanish and Portuguese invaders who co-opted Gaelic artwork and culture, falsely claiming it as their own. Eventually McGrath, and his inner core of fanatics, formed a cult within an Orange Lodge calling itself 'Ireland's Heritage' based on McGrath's Tara doctrine. The group adopted the motto; "we hold Ulster that Ireland might be saved and Britain reborn" with the intention to create a Protestant Kingdom in Ireland to be achieved by initially ridding Ulster of 'Papists'.

As the 1960's came to a close, the group began preparing for war by encouraging Tara adepts to join the security forces in order to receive military weapons training. At the time what was considered a fringe sect within Ulster Loyalism would eventually lead to full scale sectarian cleansing of Catholic neighbourhoods in Belfast and other Northern Irish cities. By 1969 when The Troubles broke out on the streets of Ulster, it looked to many that William McGrath's 'prophecy' was coming to pass. Tara had approximately 400-500 members and functioned in a style very similar to the Thule Combat League of Munich in 1919, arming paramilitaries and churning out anti Catholics and Irish government propaganda.

Like all cult leaders, McGrath's paranoia reached fever pitch during the most intensive, early years of The Troubles. This went as far as recruiting Protestant Telegraph journalist David Browne as one of their intelligence officers, thereby creating a cauldron of paranoia and propaganda. McGrath came to believe that non-Tara Loyalist paramilitary groups had been infiltrated by the Irish Army - who were responsible for the car bombings in Dublin - in order to blame the attacks on 'God-fearing Presbyterians'. Even if McGrath was a creation of Mi5, he came to believe his own mission brief, and again, like all cult leaders, encapsulated within his own psychopathic and psychotic worldview of being both spy and saviour. Believing himself 'untouchable', William McGrath became more lackadaisical concerning his sexual interest in young boys at the Kincora Boys Home in Belfast, were he worked, and which provided him with a cover story to account for his regular income.
As a result of McGrath's paedophilia and increasingly occult beliefs, Tara eventually went into decline from 1974 on, as other Protestant paramilitary groups considered the 'Ireland' Heritage' beliefs to be too esoteric in nature. Finally in 1981, the cult fell into ruin when it was revealed that McGrath used the notorious Kincora child sex traffic brothel as a location for socialising, as well as making arms deals. Mi5 simply had no further use for McGrath and hurled him to the dogs. He had served his purpose and was thus purposely destroyed in the media using his own paedophilia to discredit any whistle-blowing regarding British Intelligence influence caoncerning his 1966 'visions'. 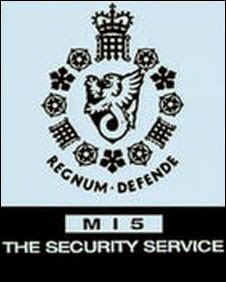 When the still, mostly classified (due to allegations that boys were supplied the Lord Louis Mountbatten's 'bloodsports' lodge in County Sligo), investigation into Kincora in 1981 revealed that McGrath was not only a notorious paedophile, but also a paedophile pimp to the British establishment, Tara was effectively finished as an organisation. The investigation revealed that McGrath set-up and administered Kincora as a centre for raping young boys and among McGrath's well connected circle included John McKeague (founder of the Red Hand Commandos), as well as other prominent politicians and political personalities in England such as Sir Anthony Blunt (a third cousin of Elizabeth Bowes-Lyon, the late Queen Mother and once named as the 'most dangerous woman in Europe' by none other than Adolf Hitler), along with Sir Knox Cunningham (the Queen's Counsel). Both members of the Cambridge scene of political research and development operations.
In the 1999 book by Martin Dillon entitled The Dirty War, he presented hard evidence that William McGrath may have been employed by Mi5 prior to his 'visions' in 1966. Along with having his apocalypse visions of a war in Northern Ireland - which came to pass - McGrath allegedly smuggled Cold War anti-Soviet propaganda into Poland inside bibles on behalf of his Mi5 handlers. After 1982, McGrath basically vanished from sight and was believed to have died sometime in the early 1990's. Remaining devoted to the British Israelism philosophy to his dying day. 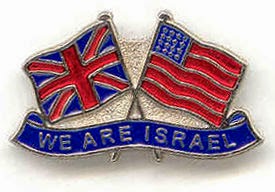 Truth is often far stranger than any fiction