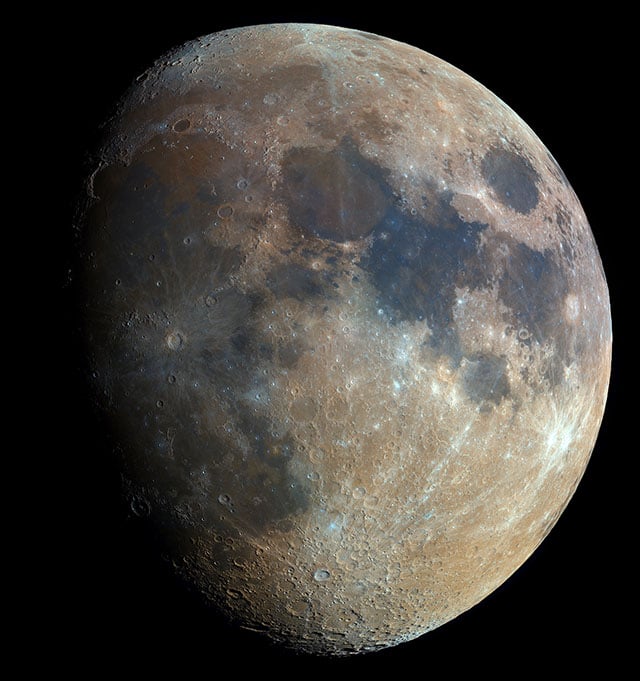 It’s amazing the kinds of space photos that amateur photographers can create from their own backyards these days. Case in point: the high-resolution moon photo above was captured last week by Polish photographer Bartosz Wojczyński. It was stacked together using 32000 separate photos.

Wojczyński tells us that he used “advanced image acquisition and processing techniques,” mapping violet and infrared images of the moon to blue and red channels in the final shot.

It took him about 28 minutes to shoot 32000 photos weighing 73.5 gigabytes using his ZWO ASI174MM monochrome camera, a couple of filters, his Sky-Watcher HEQ5 mount, and his Celestron C9.25 telescope (which is equivalent to a 2350mm f/10 camera lens) — equipment that cost him about $3500 total.

The photography was done from the balcony of his apartment in Piekary Śląskie, Poland: 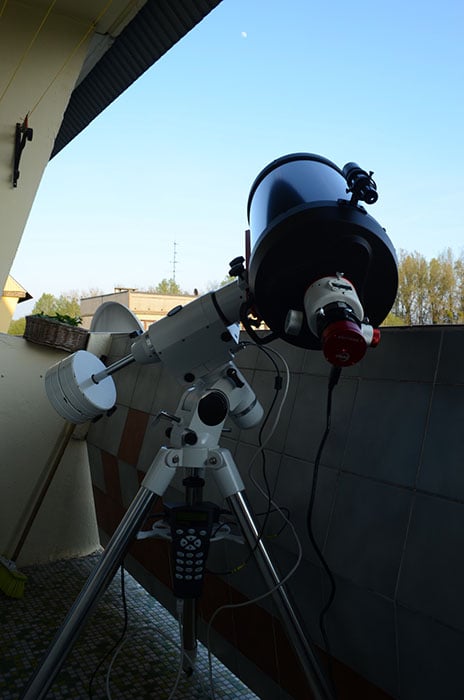 The equipment a few hours prior to when the photos were shot.

After the thousands of images were captured, Wojczyński spent 5-6 hours processing and stacking the images together into the 14 megapixel final image. Click here to see the original image in all its full-res glory. Here are some crops showing the details of the photo: 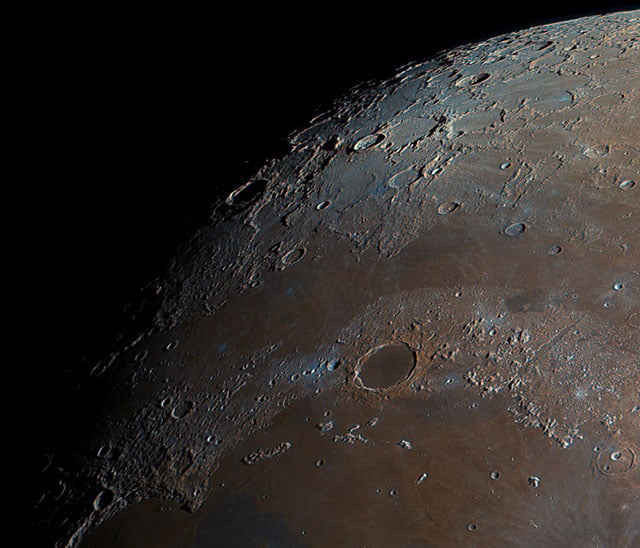 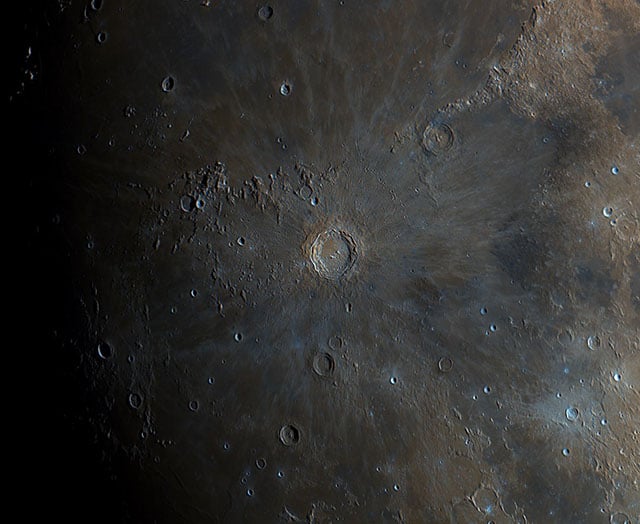 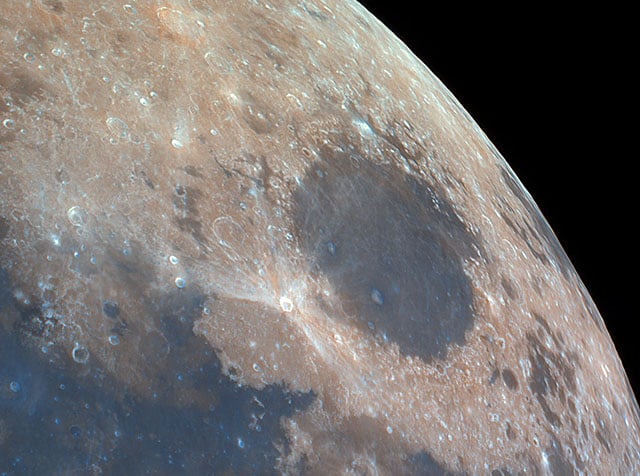 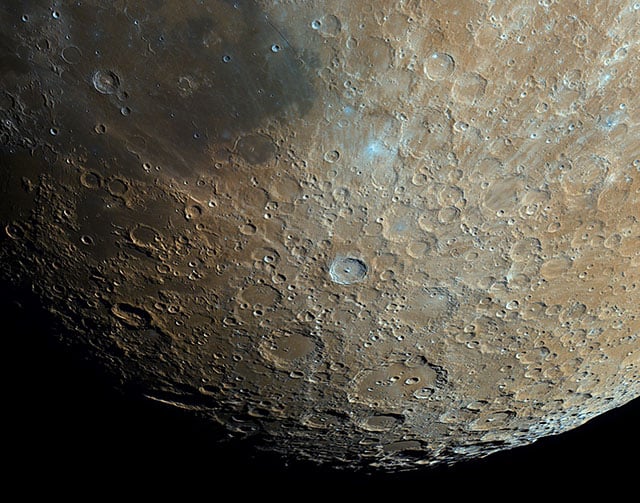 “Thanks to the enhanced coloration, it’s possible to examine the differences in the chemical composition of the lunar surface,” Wojczyński tells us. “For example, the bluish tint of several areas indicates a titanium-rich soil.”

P.S. Wojczyński is the same photographer that made the six-hour exposure of the celestial north pole that we featured last month.