Document appears to reveal plans for UN's role in post-conflict Libya, including deployment of military observers. 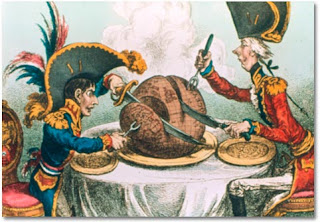 A leaked document apparently detailing United Nations preparations for its role in post-Gaddafi Libya reveals plans for the world body to deploy military observers and police officers to the North African country.

The 10-page document, apparently written by a special UN team led by Ian Martin, the former British head of Amnesty International, was obtained and published by Inner City Press, the UN watchdog website.

The document outlines plans for UN-assisted elections in the next six to nine months.

It also calls for the deployment of 200 unarmed military observers and 190 UN police officers to serve as trainers.

But it says such a deployment would only be implemented if it was requested by Libyan authorities and authorised by the UN Security Council.

"If requested by the Libyans and authorised by the Council, the UN could contribute to confidence-building and to the implementation of agreed military tasks, through unarmed UN military observer (UNMOs).

"Such confidence-building might be necessary for the troops of the Gaddafi government which will find themselves under the control of hostile forces. The UNMOs might also act as some deterrence against ill treatment of the former enemy by rogue elements."

It also calls for the deployment of 61 civilian staff who will also be stationed in Libya in the first three months, both at a headquarters in Tripoli and at an office in Benghazi.

The UN is pushing for the creation of an interim government ahead of the polls.

"If the stablisation of Tripoli after the collapse of the Gaddafi government becomes such a major challenge that the transitional authorities seek more robust international assistance, this is a task clearly beyond the capacity of the UN," the plan states.

"In this situation, the only viable option to ensure a safe environment in Tripoli are the transitional authorities themselves, with the advice of those who are already assisting or advising them.
"The Security Council's 'protection of civilians' mandate implemented by NATO forces does not end with the fall of the Gaddafi government, and there, NATO would continue to have some responsibilities."

Ban Ki-Moon, the UN Secretary General, has called on the international community to work together to restore order in Libya and for an end to fighting in the country.