Unbelievable Skeletons Unearthed From The Catacombs Of Rome

Back in 1578 came the fascinating discovery of a network of labyrinthine tombs, lurking deep beneath the street of Rome. The tombs were home to the decayed skeletons of early Christian martyrs – believed to be saints on account of their bravery & unwavering support of Christian beliefs.

Many of these skeletons (given the name ‘The Catacomb Saints’ by those who first discovered them) were then distributed across Europe (predominantly Germany) as replacements for the countless holy relics which had been smashed, stolen or destroyed during the Protestant Reformation.

Once delivered, each skeleton was then clothed and adorned into a variety of precious jewels, expensive cloth, crowns, armour and even given wigs. They were put on display inside their designated churches as a reminder to all who visited, for the riches and wealth that awaited them post death – providing they swore allegiance to the Christian faith.

It sounds like a tale straight from a Dan Brown novel doesn't it? Yet it’s all factually accurate.

So fascinated by the discovery and indeed the story behind ‘The Catacomb Saints’ art historian (& self-confessed relic hunter) Paul Koudounaris travelled all over Europe trying to find and document the status of each Saint. Amazingly many of the skeletons were yet to be put on display, still stored in containers waiting to be dressed and revealed to the public.

His book 'Heavenly Bodies: Cult Treasures & Spectacular Saints from the Catacombs' looks at the gripping origins and history of ‘The Catacomb Saints’, posing such as questions as who were they? How exactly did they die? Who ordered them to be placed in the catacombs? And why had they laid forgotten in Europe’s religious institutions for so long?

His work serves as a compelling documentation of some of the most elaborate & forgotten relics from a by-gone era.

Below are a few photographs from the stunning book itself, which you can purchase right here 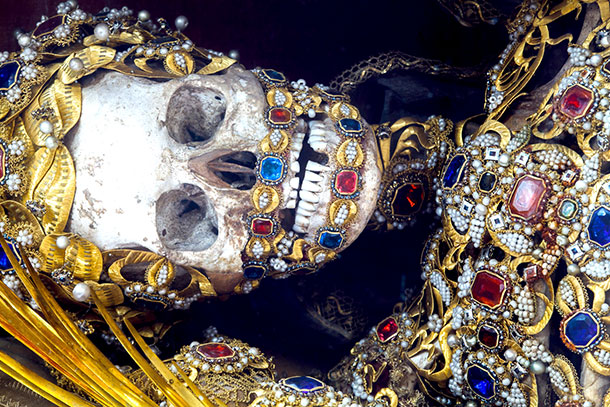 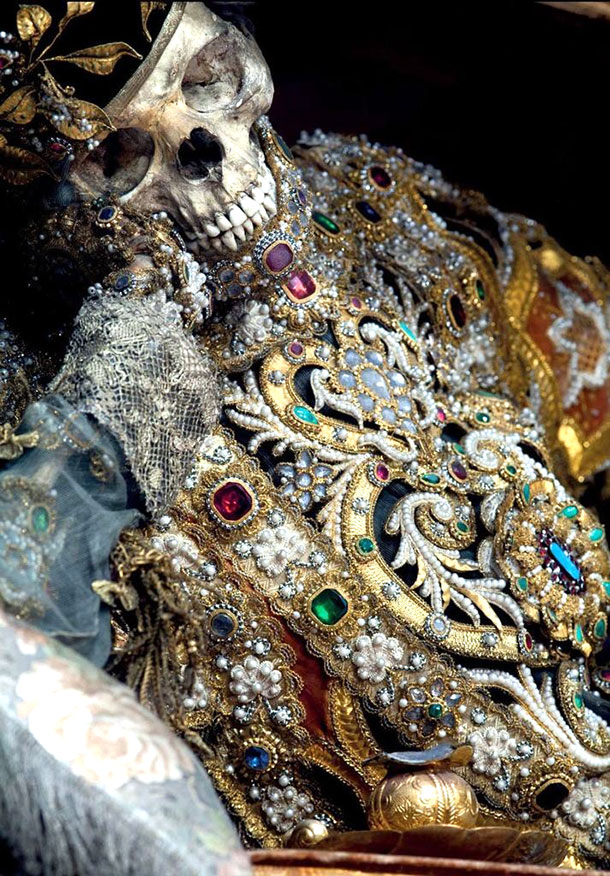 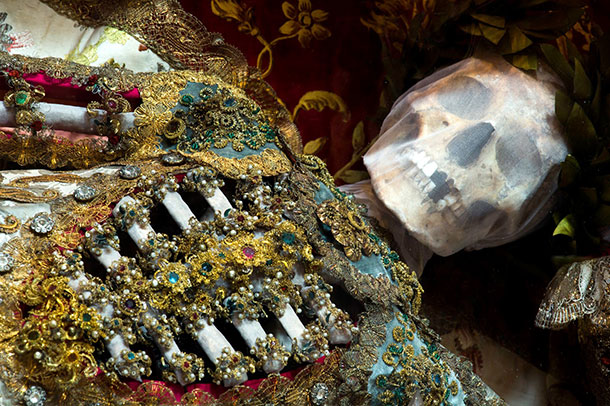 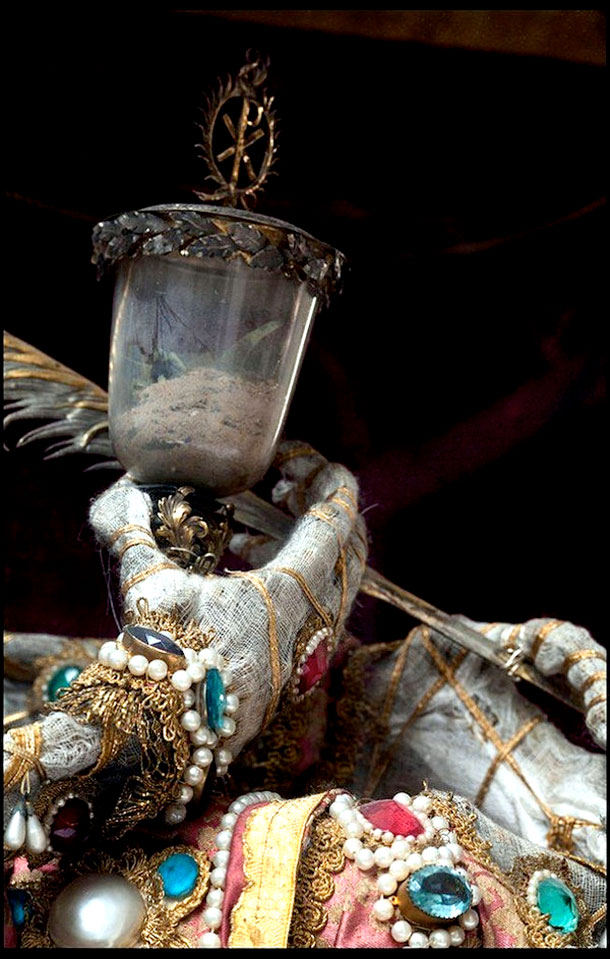 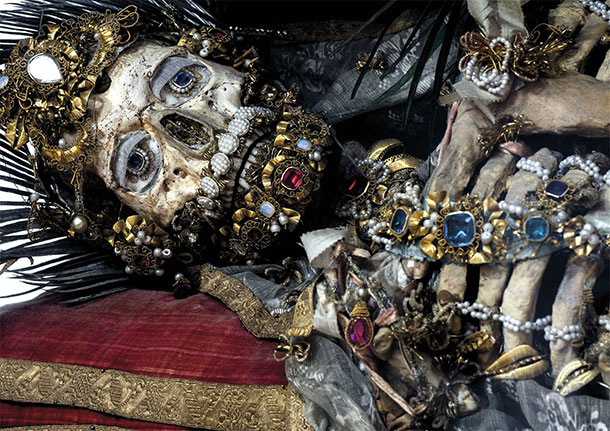 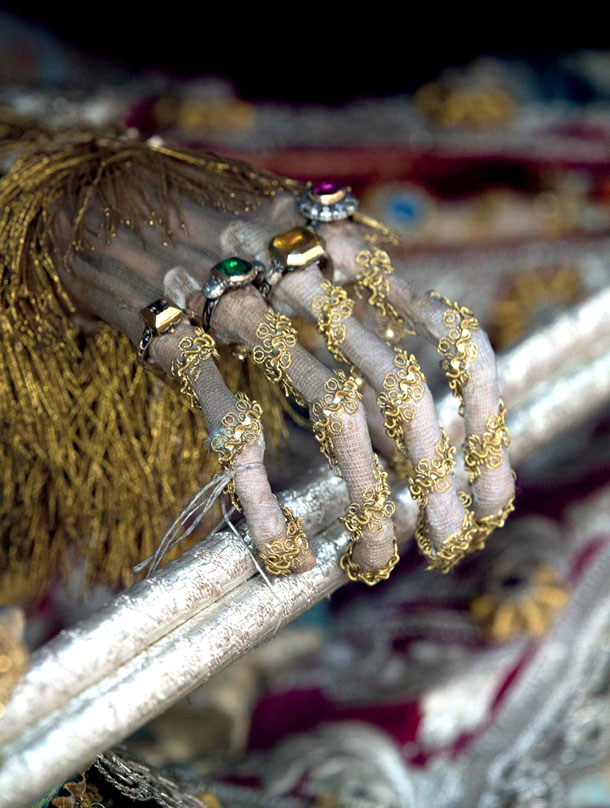 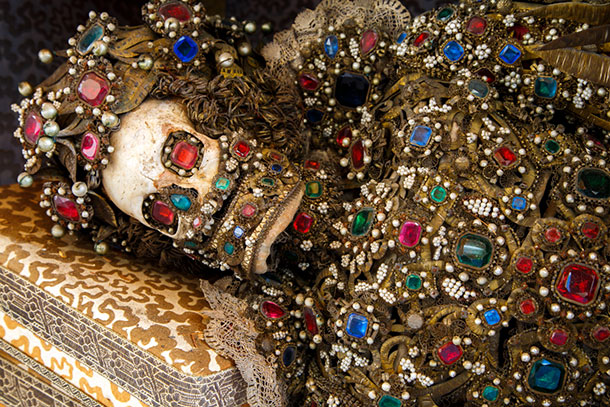 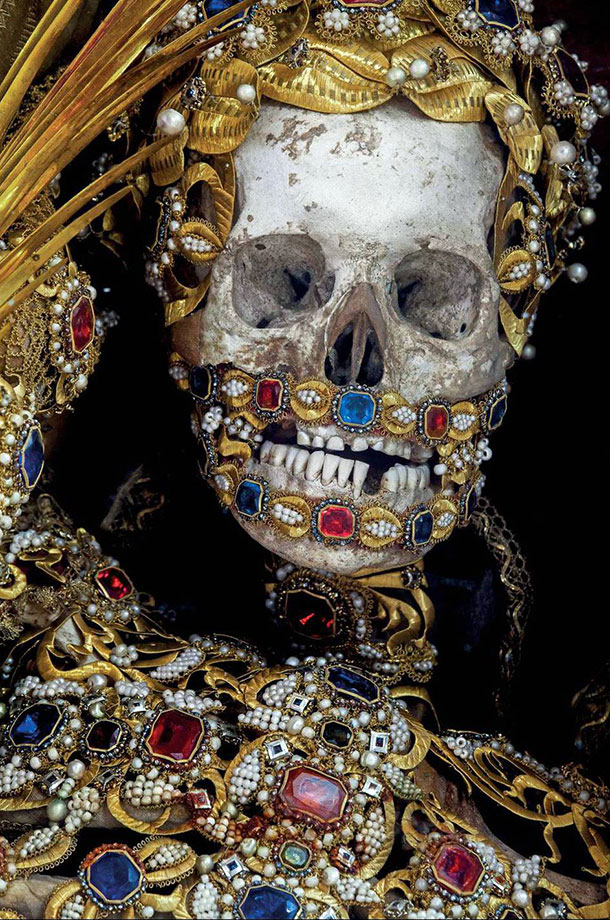 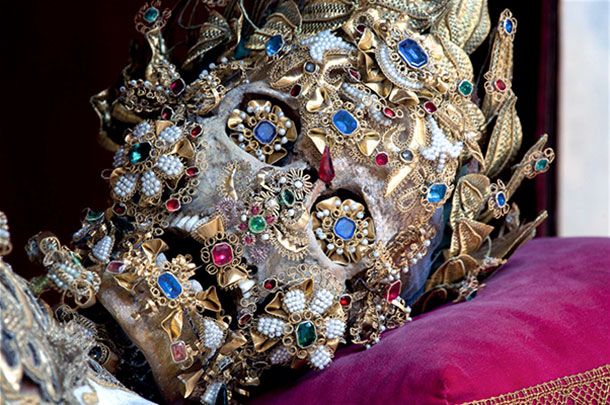 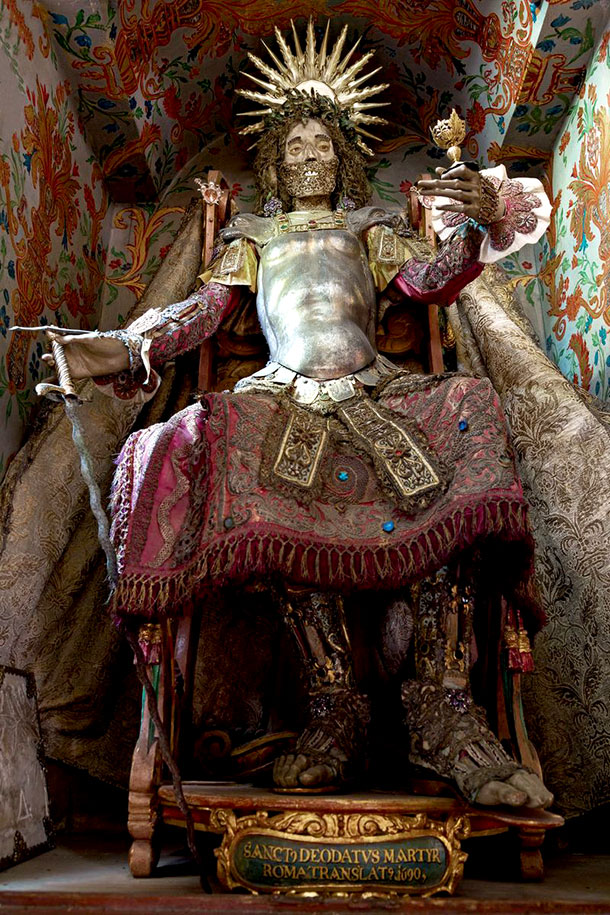 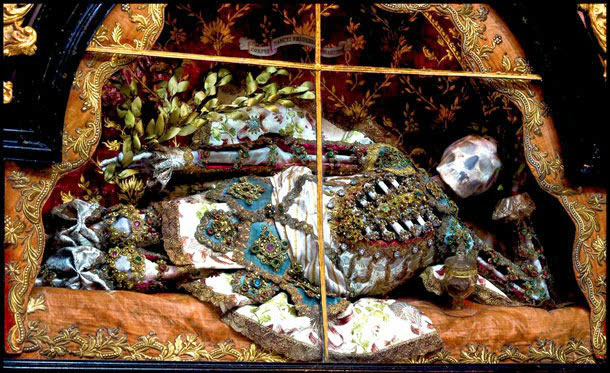 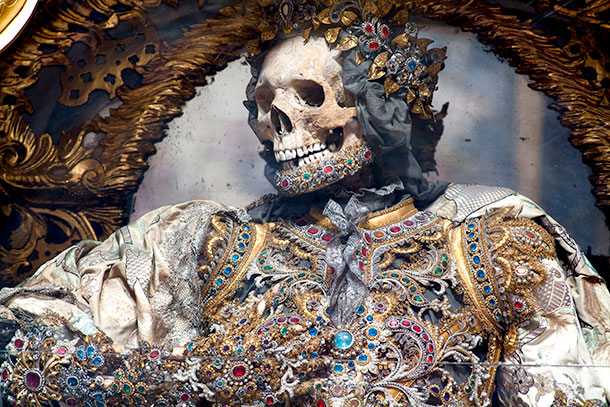